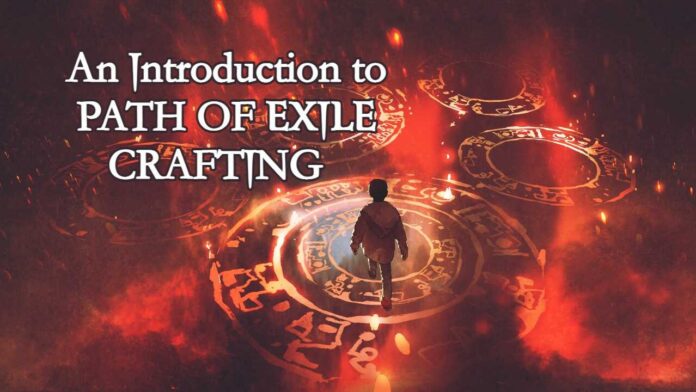 What Is Craft with PoE currency ?

How rare PoE items are is separated by colour. You have white which represents normal, blue which is magic, yellow is rare, and orange is a unique item. This is important because each type of item can have a specific number of affixes. For example, with a white item you won’t get any, but with magic items you get two, and rare items get up to six. These affixes are divided between prefixes and suffixes, so with a magic item you will get one of each but never two of the same. Rare PoE items have three of each meanwhile.

You will be using the likes of the exalted orb and other forms of PoE currency to sink into crafting in Path of Exile. Whilst you may be looking for certain items on PoE Trade to help you, there are ways in which you can use your currency as well. Every orb transforms PoE items in certain ways, with basic currency orbs affecting the quality of the item too.

Meanwhile, you also have the likes of Armorer’s scrap that can help to enhance your armour, as well as the amount of evasion you get and the energy shield you get with it. You can also use Blacksmith’s Whetstones that will increase the physical damage of your weapon, and the Glassblower’s Baubles can add to the duration of using buffs and flasks.

Speaking of currency, one of the best you can get in the game is known as the Exalted Orb. This is a highly expensive PoE item crafting orb that is able to introduce an affix to a rare item that has less than six already. That said, you should remember that you are going to need up to 10 Exalted Orbs just to get mid-tier gear. That’s why you should use them for purchasing good PoE items that will be of use to you, rather than relying on a random affix for the equipment that you have. Whether this works is anyone’s guess, and you are looking at risk for your reward.

A different form of Path of Exile crafting currency is the Chaos Orb. This re-rolls mods that are random on rare items that you have. This is another risky method as it is completely impossible to predict what is going to come of it. They are used on PoE items on a common basis that have affixes on different combinations. This means that you don’t have to part with your PoE currency as much because there isn’t much value to the orb in the first place. That being said, it is predominantly based on how lucky you can get, so it’s not entirely worth your time in a lot of instances.

In your hideout, you will find a PoE crafting bench. This will be available to you following a certain quest in the second act. Helena will allow you to access your very own hideout, and this bench is one of the most important pieces of equipment available. This bench can be used to introduce an affix to a rare or magic item that isn’t maximised already. The bench has some recipes for you to use, but as you make your way through the game, you will be able to find more.

Perhaps more importantly, you have more control with a bench than you would with the randomising approach from PoE currency orbs. As mentioned, you will be able to add at least a single affix to an item, which isn’t a luxury you get with the likes of certain orbs.

Hopefully this has served as a helpful introduction to crafting in PoE. There is a lot to learn, but there’s also a lot to be said about how unique this game is with systems such as PoE crafting and how they work.

How do you find crafting in PoE? Let us know in the comments section below!