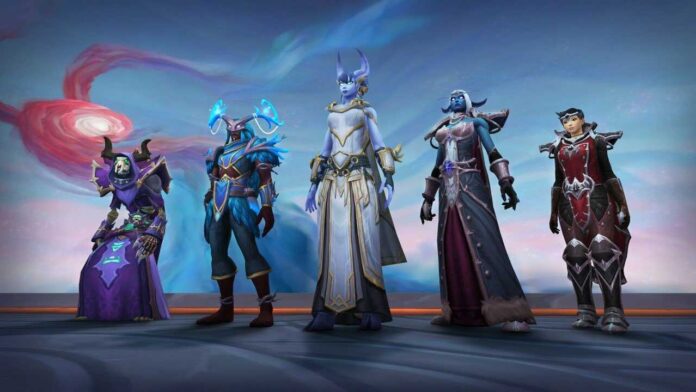 It’s been a long time coming. There was a gaping void in content for WoW Shadowlands in the past few weeks. Now, though, there’s a tangible and reachable date to wait for new content. It’s time to buy WoW gold to stock up on supplies or keep gear up to date. There’s barely a week before it gets released, and you have to be ready

Here’s what we can expect to see in WoW Shadowlands Patch 9.1.

Korthia, the City of Secrets, isn’t entirely a new zone. It’s more like an extension of the Maw, and it hides secrets the Jailer desperately wants. New areas mean new tasks and quests to do, as well as new rewards to earn. One is a spectral steed in spiked barding, while another is a severed hand you can ride. For sure, if they’re tradeable, expect them to be sold among WoW mounts for sale.

There’s also a new raid location, the Sanctum of Domination. This is the raid that signifies the climax of the story. Among the 10 bosses in the dungeon are the true Eye of the Jailer, the Tarrague, Kel’Thuzad, and even the Banshee Queen herself. It is sure to reward handsomely anyone who can defeat the bosses and complete the raid. That means more gear to collect as well.

Lastly, there’s the Mythic-only raid, Tazavesh, the Veiled Market, to complete. As its name suggests, it’s a market where exotic and rare items can be seen. While chasing a broker, players will have to fight assassins, guards, and even a pirate dragon among other things. Rewards are tempting, as there are many things to win in the raid, from weapons and gear to WoW mounts and pets.

See also  An Introduction to Path of Exile Crafting

As a side note, while Torghast isn’t a new location, it gets a new wing, new layers, and a rework around the death counter. Instead of counting deaths, it will count points instead, so nobody will fail a run ever again.

Flying through the WoW Shadowlands will now be possible. The only requirement is to complete the Covenant Campaign and unlock the WoW Shadowlands Pathfinder. Along with this, with the restored strength of the various Covenants, players may unlock inner strength that allows them to use WoW mounts in the lands. What better way to show off your hard-earned WoW mounts?

40 Renown levels await which means there are even more rewards to get. One of which is new cosmetic armor sets. For extra customization, each set can be mixed and matched to your preference. That’s more combinations to choose from to express yourself.

A new season of PvP will also come along with the patch. Of course, new rewards will follow. There’s only so much time left of the old set, so get to collecting them if there’s anything you want on them.

Then, there are two new factions to get along with, accompanying the opening of Korthia. They are Death’s Advance and The Archivist’s Codex. These factions will provide players with upgrades to Conduits and sockets for gear this season. Grinding for reputation points for both of them will be beneficial.

Along with all of that, the classes get various changes to their skills and mechanics. It would be too much to list them all, so please read up on what’s important for your class.

See also  What is a rummy apk?

The patch drops on June 29. That’s barely over a week from the time of writing this article. If there’s anything you need to prepare for, you should do it now, before it’s too late. There’s much to prepare, especially if wanting to do the new raids. With these new raids, only the best and most updated gear can hold up to the test. Sure, skill can make up for the deficit lower-level equipment creates, but it certainly helps in making things more efficient.

As with everything, find a way to enjoy the game. Many players have complained of the lack of content and so took a break until the next patch. Of course, it’s a matter of attitude. Some players can still play the game and enjoy it, mostly because it isn’t the content, they’re after. Maybe they just like hanging out with friends or exploring or other activities.

Playing WoW isn’t and shouldn’t always be focused on ‘endgame’. While some players might find that the most fun about the game, not everybody would agree. The noisy ones just get more attention, that’s all. There’s still much to enjoy about the game, it’s up to the player to find it.

With that, keep on playing and enjoying WoW Shadowlands! Let’s all look forward to a new patch, and have fun while waiting for it.