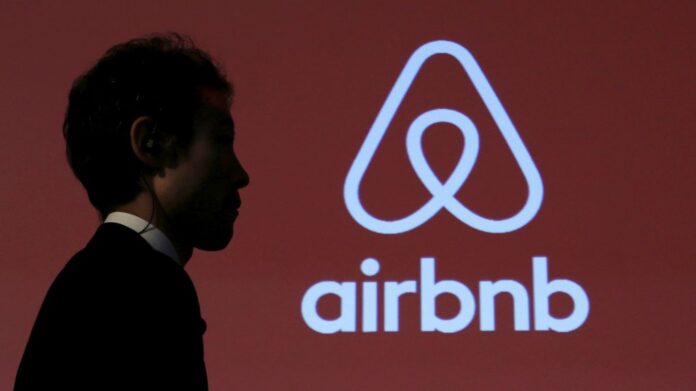 If you’re traveling on a budget, the best way to save up some money is to book an Airbnb for accommodations. You can rent out a whole apartment for yourself using the Airbnb website and it will still be cheaper compared to a hotel room! However, did you know that before you can rent out a house using Airbnb, they started with renting out some mattresses?

10 Cool Airbnb Facts You Should Know!

The company has a long list of inspiring and shocking facts that every traveler should know. We compiled some of the best ones in this article so keep reading to learn more about this billion-dollar venture.

The first guests were design students

Airbnb was founded in 2008 by Brian Chesky and Joe Gebbia. Way back in 2007, the pair were struggling to pay for their rent. During that time, there was going to be a conference for design students. This would mean all the hotels nearby will be fully booked.

In September 2007, Gebbia wrote in an email suggesting to offer their place for young designers coming over for the conference. Aside from accommodations, they can also offer wireless internet, breakfast, sleeping mats, and small desk space. They went on with their plan and bought some air mattresses and set them on their loft. Their first guests paid $80 for each mattress.

This may be one of the most surprising Airbnb facts out there because the company was ahead of its time. The pair were joined by their former roommate Nathan Blecharczyk when they formally formed the business. Airbnb stands for airbed and breakfast which is the selling point of the company.

The company’s website was officially launched during SXSW 2008. That time, they only had two guests. One of them was Brian Chesky. In August 2008, the website launched just in time for the Democratic National Convention. The company was able to secure 80 bookings during the convention.

The company experienced tons of rejections

Before the Airbnb company was able to secure 80 bookings during the Democratic National Convention, the founders experienced a lot of rejections. To be exact, 15 angel investors weren’t convinced about the company’s idea of booking lodges conveniently. 8 investors rejected the company, while 7 investors ghosted the founders.

The company slowly crawled to the top

Even though the company was turned down by a lot of investors, they continued to work on their business techniques on their own. In 2009, they even sold cereal boxes on the street for $40 a box. They also went to their New York hosts, booked a stay with them, wrote reviews, and even took some photos for their website.

From mattresses to international meetups

In 2009, the founders changed the name of the company. From Airbed & Breakfast to Airbnb. This addressed some confusion of associating the company to air mattresses. During this time, the company was able to expand from room to rental lodges, apartments, and houses. In September 2009, Airbnb went on their first international meetup in Paris.

In 2011, Airbnb was able to operate in 89 countries. It was already recorded that they were able to reach 1 million nights booked in the same year. The company was also able to open its German office in the summer of 2011. They were also able to secure a few investors like Andreessen Horowitz Digital Sky Technologies and General Catalyst Partners.

In 2014, Airbnb officially introduced Belo which is the company’s name for its logo. It symbolizes belongingness regardless of wherever you are in the world. It bridges the gap between different cultures. The logo looks like a reversed letter A with map pins on the sides. By this time, Airbnb’s market value is $10 billion after locking another investing deal worth $450 million.

As the company continues to expand, Airbnb launched its Chinese brand Aibiying. Aibiying means ‘welcome each other with love.’ Aibiying gave Chinese travelers a more exciting and convenient way to travel in neighboring countries.

Lodging for every traveler!

If you’re looking for a place to stay that is different from houses and apartments then you should check the other lodging types they have listed. For example, there are over 3,000 treehouses, 5,000 castles, and 29,000 tiny houses listed on the site. You may also book for caves, domes, and even some celebrity houses! You can simply use the filter on Airbnb so you can adjust the selection according to your preferences and budget.

More than just a short vacation

Airbnb now also caters to people who would like to book for longer stays. For example, those students who are studying far from home, people who are working on their special assignments, and more!

Advantages of using software for accounting