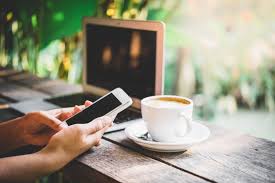 What is it about the paper that makes it so appealing? Is it the smell, or the texture under your fingers, or the fact that you have tangible, memorable proof of something?

Then again, there are a lot of people who tend to lean into the digital everything. Calendars, to-do lists, notes, reminders, bookmarks, books and newspapers, all a few clicks away. No muss, no fuss.

Why Do Some People Prefer Paper over Digital?

It’s not just about the generation (gap), there’s more to it. There has been some research conducted to check where the paper stands and if its future is grim. That was the premise. We think we’ll wake up one day to find out notebooks are redundant.

Sometimes it’s your preference to use one or the other, sometimes it’s the requirement on the job. Whatever the case, here are some examples when the print is more effective.

This word is here to stay, sorry “Kindle-worm”. It turns out that what you read on paper is retained longer in your memory. It is linked to the brain’s graphic tendency to remember stuff connected to space- whether you read something left from the illustration or on the page bottom. And although it’s so much easier to pack all 15 books in a 6” container for your holiday, there’s still a chance you’ll buy a paperback at the airport. Remember, it can’t break all of a sudden. Not to mention that no one will steal it.

This is the case: you attended a top-to-bottom fantastic wedding at this Houston wedding venue, everything went smoothly, the guests had a blast, the bride and groom did the whole thing with grace and style. Soon after you receive a WhatsApp circular message saying thank you for going out of your way to celebrate us. Something’s off. You don’t know what, but it doesn’t sit well with you.

You miss the paper, that’s what it is! It’s the rule of thumb, really. Always send hand-written thank-you notes. I guess it’s about the amount of effort you put into it that strikes the right chord.

Yes, we know it’s super easy to scroll until your eyes pop out. Super quick, as well. But this time it’s about minimizing distractions and focusing your attention. There are no ads, no easy clicks, no click baits. It’s more mindful. Meditative even.

A study shows that it’s better to write things down on paper if you want to remember them better. What’s more, it turns out that students are happier when it comes to their education as a whole. This was the first such analysis that compared no-Internet gadget use with hand-writing.

The participants first watched some TED talks, took notes on both mediums (paper and laptop), followed by the quiz on the topic. The first group did this: those working on laptops wrote exactly what the speakers spoke. No processing involved. While those who were writing things down had to sift through the content since they couldn’t write every single word.

Being aware of that, the second laptop group was warned beforehand not to do it mindlessly and to use their own words. To no avail. The results were still the same. Paper and pen won again.

The third and final group had one week between the lecture and the quiz. Some had the chance to look at their notes for some time before the start. Same again. The “manual workers” did much better.

Choosing the material carefully is essential- it leads to better understanding and longer retention.

We type much faster than we write. The point is in thinking. Think, process, compress. Only then, maybe, it won’t matter what medium you prefer.

It’s visible and big enough. And to nail the previous point, I tend to remember important dates when I write them down in ink. Plus, if the list is too long, I put it on a sticky note and stick it on my door and there’s no escape from it.

If you’re a die-hard paper worshiper who loves to keep track of things by writing them down, read this article here. The idea’s simple, yet brilliant. It looks like this guy is on a digital detox. In order to transition from the digital to the analog world, he came up with the idea of utilizing an even shorter version of bit.ly links for hand-written notes.

Obviously, paper isn’t going anywhere. Even the most tech-savvy people still use it, one way or another.

Simply, it’s cool to know that we have so many options while being aware of the perks of all of them.

Author Bio: James Barnes is an experienced wedding organizer and blogger at theannexevents.com. He specialized in organizing outdoor wedding events. When he isn’t writing about weddings and marital life, David usually goes swimming or playing squash.

Solving the Problem of Duplicate Photos

Whatscall for Pc and Windows

admin - February 4, 2020 0
whatscall is the most famous and popular application to make a call all around the world. This app provides you to make...

Guide On The Conversion Of HTML to PDF Through PDF Bear

Why Do Some People Prefer Paper over Digital?

How to Get a Crypto Wallet?

NDIS During the Pandemic: Shedding a Light of Hope Amid a...

October 16, 2020
Techkunda has the latest news for you in the ever-changing word of technology, and now we bring you a different way of keeping you entertained. You can now play on casinos without license from Sweden, Norway, Denmark, Finland, Germany and Holland

June 15, 2020
ThopTV is one of the best online IPTV applications for Pc and Apk, Android users, and ThopTV for PC offers lots of TV channel IPTV. You’ll find in this article how you can download Thoptv For PC with step by step process.

Email applications like Microsoft outlook play a crucial role in the life of professionals. It’s an everyday application for these users for sending/receiving communications.This kind of email errors throws your machine into problems

ABOUT US
Tech Kunda (Techkunda.com) is established to provide About Technology, Business , Health Tips, and Fashion.We hope you enjoy our Content as much as We enjoy offering them to you. If you have any questions or comments, please don’t hesitate to contact us
Contact us: techkundaa@gmail.com
FOLLOW US
© Techkunda@2020
MORE STORIES
Business

How to take our company global ?