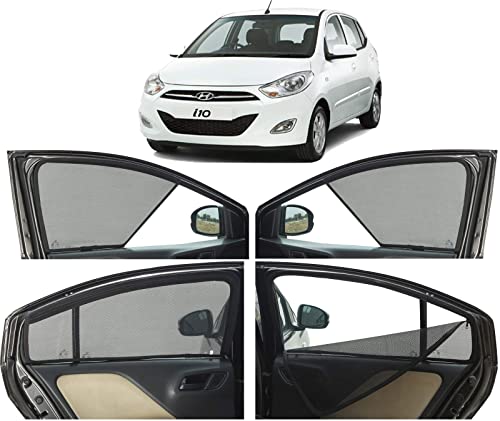 Cars are an engineering and a technological marvel of contemporary times. Australians use SUVs and Light Motor Vehicles(LMVs) in large proportions, compared to two-wheelers and others. Hence, the market for cars and their accessories is stable.

Sunshades for Cars: Can’t Be Ignored!

A sunshade is a necessary accessory for a car in Australia, given its hot summers. Hyundai car sunshade is witnessing a rise in demand due to hot summer, stylish designs and increasing utility.

Car sunshade protects against UV rays and heating of cars. The article gives an account of why car sun shades are a necessity.

The first known sunshade patent is from 1911 and belongs to Frank H. Ilse of Chicago. Hence, the concept of the sunshade is a century-old idea. In the last hundred years, sunshades have gone through various design changes, material changes and structural modifications in tandem with changing car designs and technological development.

The sunshade, in this process, also avoids any damage to the interiors caused by harmful UV rays and visible light rays. The interior of cars is made of valuable materials such as leather (seat cover), electronics (mobile phones, laptops, etc.) and other chemicals. Without any protection, the sun can heat a car’s dark dashboards to 69 degrees Celsius within 60 minutes. Thus, sunshades protect a baby, a child or an ill person inside from harmful Ultraviolet rays and light rays. Also, as a spillover effect, it reduces the consumption of fuel used to cool the car’s interior while driving, as the initial temperature is nominal.

In the light of technological development and industrialisation, car sunshades underwent customisations. For example, Hyundai cars can get their customised Hyundai car sunshade. Similarly, sunshades are also available based on car window size and window types.

The highest selling brands in Australia in the year 2020 was Toyota, Mazda and Hyundai, as given in Australia’s New Vehicle market statistics. Each brand has its window design. Thus there is a want of custom made sunshades for each car of each brand.

A basic model of car sunshade is made of knitted Nylon. Also, there are self-adhesive sunshades that rely on static electricity to adhere to the window. Sunshades can be attached to the windows with a variety of manifests, such as clasps, hooks, magnets, etc.

Australia has harsh summers. Therefore, it is prudent to be sun-safe, even when driving a car. Due to Australia’s population density and geography, one has to travel on an average 15 to 20 kilometres a day from a place of usual residence to the workplace (or other venues). Hence, it is a given that people will be exposed to the harsh rays of the sun every day while driving. Hence, sunshades for cars cannot be ignored and is a necessary car accessory.

READ  What You Oughta Know Before Buying a Tipper Trailer

Causes and Types of Tire Damage

What You Oughta Know Before Buying a Tipper Trailer

HOW TO PICK THE PERFECT VEHICLE TYRE ONLINE

READ   HOW TO PICK THE PERFECT VEHICLE TYRE ONLINE