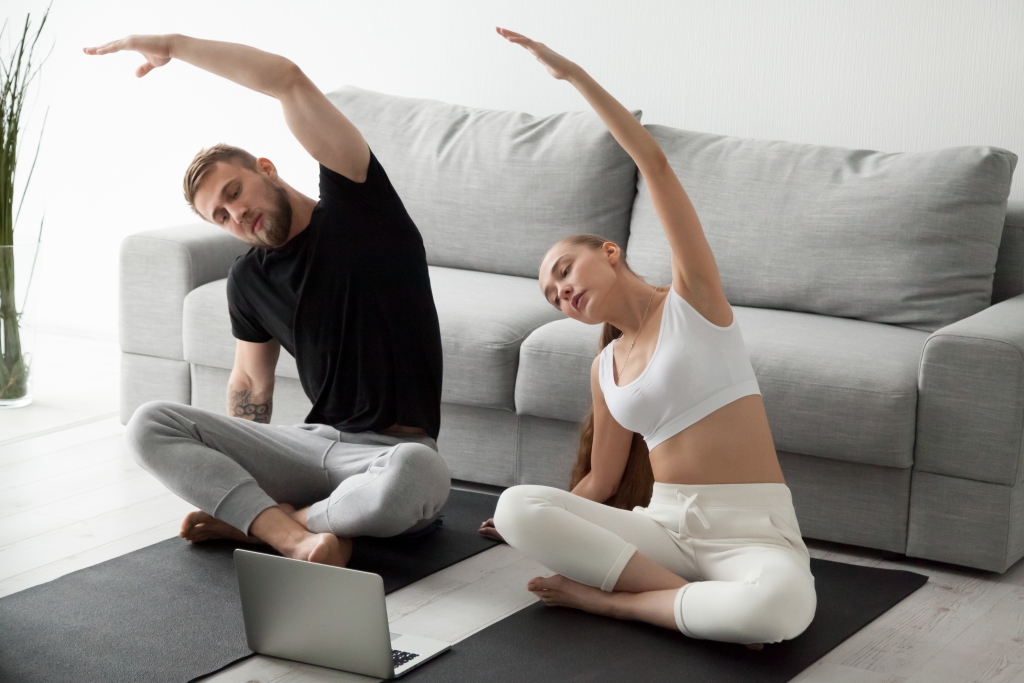 No one really knows when and how Yoga came into being. Most Indian historians claim Yoga exercises started in 2700 BC. But Yoga may be older than that due to the lack of written information during those ancient days.

The ancient Yoga practitioners realized they could enhance their perception of wellbeing and connect to a part of them that existed, but seem to elude them during normal physical activities. Yoga gave the ancients a sense of harmony, and that sensation stayed with them as they went through the movements that tested their bodies and their minds.

The practice of Yoga does not conform to any religion or belief system. The people who practice Yoga reap the benefits regardless of their religious beliefs, or their culture and ethnicity. Several different schools of Yoga developed throughout the years. Hatha, Karma, Patanjala, Kundalini, Raja, Laya, Mantra, Bouddha, and Jnana Yoga became popular in different parts of the world as Yoga spread West in the 19th century. Each Yoga school had its own practices and principles, but the end results were the same. The aim of each school was health and fitness, or what some people call a state of wellbeing.

The first thought that comes to mind when online Yoga pops up in conversation is a dubious one. Yoga’s history changed when Glo started online classes. But people started to get used to the idea of practicing the form of Yoga online they wanted to practice.

See also  5 Things to Assess When Choosing a Medical Supplier

Online Yoga by Glo offers practitioners and beginners a chance to be one with their inner personality as they go through the various exercises that, at times, stretch the body to its limits. Beginners can start their online routine at a pace that suits their mental awareness. And as they feel more comfortable performing their Yoga routine, they realize connecting to an inner source is not something that happens to certain individuals in Yoga studios. They realize all humans have the ability to connect and achieve a state of wellbeing through Online Yoga.

Yoga is still a misunderstood art in the Western world. Some people believe Yoga violates their religious beliefs. But Yoga doesn’t conflict with religious beliefs. Online Yoga is the art of aligning the body with the mind. Online classes help people feel connected to a part of themselves that exists in another dimension of being, and they become more aware of who they really are.

The only equipment needed to get into the mental zone created by practicing different forms of Yoga online is a positive attitude. Practicing any form of Yoga by Glo gives people the catalyst they need to reach a level of awareness that some people call an ethereal experience

The Glo Community Is All About Healing, Fitness, and Connection

The Glo community is an intimate, non-judgmental platform that continues to inspire and empower people of all ages. Glo provides an online service that allows people to cultivate their true feelings, and they also connect with that inner voice that most people ignore. Glo’s online platform is all about oneness. The oneness that heals the body and the mind. And Glo does it in a way that makes each Yoga experience a lesson in self-awareness.

What Makes Functional Fitness So Popular and Useful?