Other than being in some Hollywood movie and TV series, Hawaii constitutes to being one of the best dream vacation locations for a lot of people. But what else is there to know about this state? So, in this article, we will be giving you some interesting Hawaii facts.

While many people only see it as a state of America, it was once governed by the Hawaiian Monarchy. During the reign of Queen Liliuokalani in 1893, a group of men from her cabinet with British, American, and German descent, carried out a military coup to depose the Kingdom of Hawaii, and it’s royalties.

8 Interesting Facts You Should Know About the State of Hawaii

In the aftermath of the coup, then U.S. President Grover Cleveland was benevolent in restoring the Hawaiian monarchy. President William McKinley, on the other hand, Grover Cleveland’s successor, saw another way for the U.S. to have a strategic power for their troops during the Spanish-American War. It was eventually included in the 50 states of America in 1959. 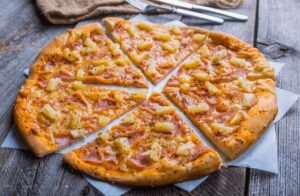 Hawaiian pizza has triggered an online debate about whether pineapples should be a pizza topping or not. Well, you shouldn’t be blaming the Hawaiian people, the Hawaiian Pizza didn’t come from Hawaii.

Depending on which side you are on, we should owe or loathe the creator of the Hawaiian Pizza, Sam Panopoulos. He is a native of Greece who later on moved to Canada when he was 20 years old. He was experimenting on pizza toppings in 1962 to better attract more customers to his shop located in Ontario.

See also  Why You Should Consider A Career In Travel Nurse

It was then and there that Sam Panopoulos and his brothers created the Hawaiian Pizza. But, the Hawaiian name only came from the brand of the canned pineapples that they were using. So, what do you think about our first Hawaiian fact? 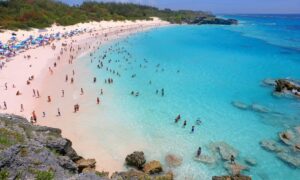 You might now know this, but there are no snakes in the state of Hawaii because of its geographic isolation, which kept any species of snake from ever reaching the islands. Today, it is a criminal act to bring snakes to the islands without any special permission from the government.

It is very important to keep snakes from the island as they don’t have any natural predators. Or else, they wouldn’t be able to fix the irreparable damage to the environment if there ever were snakes in Hawaii. 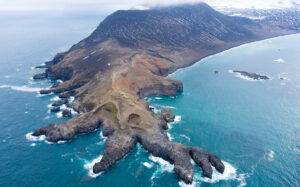 During the late 18th century, James Cook, a captain of the Royal Navy of Great Britain, led several expeditions to traverse the oceans of the world and make discoveries along the way. James Cook was the first European to ever make a connection with the islands of Hawaii.

Upon reaching the islands, Captain Cook coined it after John Montagu, who was the fourth Earl of Sandwich. He was the first Lord of the Admirals during that time, and he was the one who approved the expeditions of Captain John Cook. Thus, naming the island after the honor of John Montagu.

Interesting Facts You Should Know About the State of Hawaii

Located in the northwestern part of Hawaii shapes the Marine National Monument of Papahānaumokuākea, which is pronounced as Pa-pa-hah-now-mo-koo-ah-keh-ah. This is made up of 10 tiny islands and several atolls. This monument was founded in 2006 to safeguard the rich and varying wildlife of the archipelago by former U.S. President George H. W. Bush.

See also  Benefits of a Rack PC in the Office

Hawaii’s name comes from the fabled explorer, Hawai’iloa, who discovered the islands. He was a mythical explorer who founded the first colony on the islands. His children’s names are also applied to the neighboring islands of the archipelago. His daughter Oahu, and his sons were named Kaua’i and Maui.

Telescopes on the Peak of Mauna Kea

There are around 13 telescopes located on the peak of the volcano, Mauna Kea. It’s a fitting site for doing astronomical research. Some various agencies and organizations use these telescopes, from the University of Hawaii, NASA, and even other countries. These aren’t only telescopes to see space, but heat and radio telescopes to see what is invisible to the human eye.

Ancient Hawaii had four castes. The top caste was known as the Ali’i, which was mainly composed of chiefs. Second, the Kahuna, which was composed of priests. The majority of Hawaiians were included in the third caste, the Makaʻāinana or the commoners. The Kauwā was the lowest caste in ancient Hawaii and was made up of captives of war and their lineage.

Other states of the U.S. utilizes the Roman alphabet, and the Hawaiian language only requires 12 letters. These are the five vowels (A, E, I, O, U), and seven other consonants (W, P, N, M, L, K, H). It makes you wonder what kind of words they can form with only those letters, right?

Visit Hawaii On Your Next Vacation Trip!

Well, there you have it! On your next trip to Hawaii, make sure to read more about facts about the state, and try to converse with the locals. You might even learn a thing or two from talking with them.