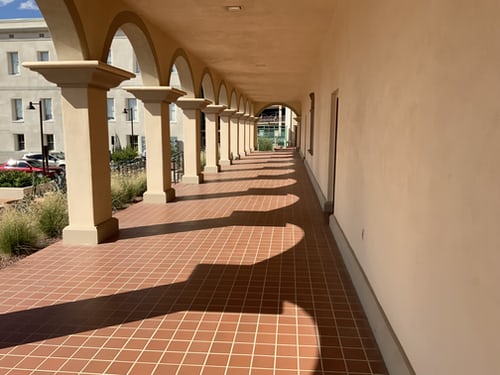 If you’ve ever planned a trip to Europe or just done your fair share of Pinterest hopping, you are bound to have come across famous cobblestone streets in European cities. From the Rua da Bianca de Duarte Belo in Lisbon (its most photographed street) to the Le Marais neighbourhood in Paris, these cobbled pathways exude a historic charm that is unique to the round, smooth stones that make up its structure.

What are cobbled streets?
These stones, around 7-25 cm in width, set into either sand or mortar, have been used for centuries to replace dirt/ mud roads in European cities. Laying roads with these stones prolonged their lifespans and also made these paths less susceptible to dreaded pot-holes – especially important in the era of horses and carts, and were easier to maintain.

Over time, while the intended function of the cobbled streets diminished, they instead evolved to become iconic characteristics of many historical and vintage towns and are often synonymous with hidden gems of a store, boutique or restaurant.

Where did this unique name come from?
‘Cob’ was one of the many names, among bap, rowie and barm cake, of a certain type of English bread roll. The small, circular appearance of the stones used to lay these streets, to some, resembled the bread roll, and thus the term “cobblestone” was coined.

Conflicting reports state that this name arose from the type of smooth stones found in riverbeds that had undergone years of strong water currents and grinding against other riverbed material to achieve their glossy, smooth exterior.

Nevertheless, these stones, regardless of how they were named, were considered perfect for the roads back then as, unlike dirt roads, rains/ thawing snow did not affect their stability or pose risks to travellers, and they were much friendlier to horse hooves.

How do they add to the charm of these now-iconic towns?
Streets lined with cobbles automatically seem more pedestrian-friendly, and that just makes your whole perception of the experience more personalized and special! I can think of many famous streets that are cobbled. A great example of this is Church Street in Bangalore. Here, you barely find any vehicles going down that road – a welcome feeling of liberation as it helps you immerse yourself intimately into the culture of that street. The cosiness created by the lack of noise and air pollution from vehicles and the freedom to walk anywhere on the road as freely as you can make Church street one of the most iconic and frequently visited landmarks of my city.

Cobblestones in the modern world
As previously mentioned, cobbled paths don’t have much of a functional place in our world today, but they have seen a resurgence from an architectural/ interior design point of view. These stones have become an increasingly popular choice for patios and driveways as well as parks, plazas and malls as eye-catching designs. It has even branched away from its iconic identity in Europe to all the way across the world in Australia and New Zealand too! With an increase in demand and knowledge, you now find a variety of cobblestones as well! These diverse choices, as well as numerous suppliers, guarantee you the option to revolutionize your properties by giving them a timeless, elegant and cosy makeover.

See also  Why You Should Consider A Career In Travel Nurse