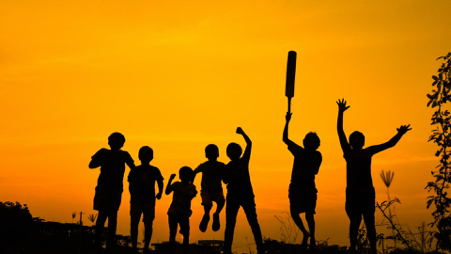 Cricket is a trendy sport and the second most popular sport in the world, and one fact about cricket fans is; that they don’t joke about the game of cricket.

In recent times due to the availability of games readily available on mobile phones and the ease of playing multiplayer games with friends, family and strangers, people’s interest in games is much more than ever before. It’s no different for cricket fans.

Cricket video games are not just fun; it makes cricket fans super competitive when playing them, and for them, it’s an excellent way to enjoy the game of cricket and learn more about it.

So if you’re a super cricket fan, and love the game of cricket, here are some of the games you can enjoy:

Real Cricket 20 is a friendly game of cricket; you can get it on the Google Play Store. It has HD images and graphics, real player faces, and nice jerseys. It’s among the few games where the gameplay is closer to the game of real-life cricket.

The stadiums are similar to real-life stadiums; stadiums for cricket like Lune, Mumbai, Melbourne, Cape Town, and London are accurate and offer different immersive experiences.

You can pick from different match types, like ODI, Test and T20. It also supports real-time multiplayer games, 1v1, co-op, or 2v2.

The World Cricket Championship is an excellent game that cricket lovers would love; you can play it offline and online. It has multiplayer modes, and you get to customise different elements of the game.

The game has things like UpperCut, Di-Scoop, and Helicopter Shot; you can play over 11 tournaments and select from 18 international teams. Also, you choose from over 40 venues to play cricket matches.

However, the game might be challenging for some; it might be easy to play for others. One challenging element of the game is that it has about 14 different bowling styles. You need an Android device with at least 1GB of ram to play the game.

Stick Cricket Super League is a new cricket game by Stick Sports; today, the game has over 5 million downloads.

The game’s graphics are beautiful and have nice animations; every cricket fan would love it. You can compete in different cricket game tournaments, even world cups, build your players and use them to compete against other opponents.

Hitwicket Superstar is more like a fantasy cricket game. You get to manage your team and develop new players and possess various skills and powers that you’ll utilise to make a great team. Build your squad of players based on their needed skills and abilities.

You can bid/sell players in auctions and train them using the game’s training system. Hitwicket is an award-winning game featured in the Made in India promotion.

World of Cricket: Real Championship 2021 is a viral cricket game on the Google Play Store. The game is famous for its realistic gameplay and physics. The power team mode lets you recruit and train your players to defeat opponents. You can play the game online with family, friends, and strangers. World of Cricket has over 20 distinct batting shots in the game, and you get selected from over 13 teams to play.

Being a die-hard cricket fan, you’ll love those games listed above; you could play any of these games based on your preference, gameplay, graphics, teams available, players available etc.

See also  LIVING BY THE COAST: A GAME-CHANGER