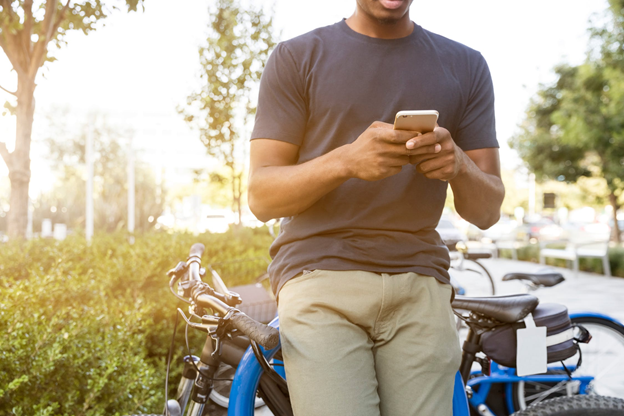 One of the best things that technology has given us is the smartphone. With a smartphone, you can virtually do anything you want. With a few swipes, you can order a pizza from your local restaurant or even get an ultra HD tv delivered to you. Smartphones are technologically advanced as they have a lot of features that would blow away previous phone models.

Built to Last 3 Rugged Phones That You Should Look At

One such feature that most smartphones have is fingerprint identification. Just put your finger on the designated sensors, and you can unlock your phone. Some apps even use fingerprints as signatures to finish transactions.

There are other impressive features that smartphones can offer, such as facial recognition, voice commands, HD recording, and so much more. With that said, smartphones can feel a bit delicate. A few scratches to your camera or your home button, and you can lose these features quickly. Although some are built to withstand a few drops, most smartphones get damaged if not properly taken care of.

Believe it or not, some manufacturers have been able to combine smartphone technology with industry-standard durability. Here’s a look at some of the most rugged smartphones you can buy:

When you’ve got a phone that has “armor” in its name, you can be sure of its durability. Some consider the Ulefone Armor 7 as the best rugged phone you buy in the market today. The phone has a ton of excellent features such as wireless charging and a battery that’ll last longer than most smartphones.

CAT or Caterpillar Inc. is a brand that produces heavy equipment such as dump trucks, steam rollers, and excavators. They also provide durable safety gear such as vests, hard hats, and safety shoes. Since durability is synonymous with CAT, it’s safe to assume that they also produce some of the most hardened smartphones.

The CAT S61 is one of the most durable smartphones having a MIL-Spec 810G and IP69 certifications. This certification means that the smartphone is waterproof and can endure intense water pressure. The phone’s outer casing is made with polycarbonate, rubber, and a steel frame to absorb shock. Lastly, the CAT S61 runs on a Snapdragon 630 SoC with 4gb RAM.

Nokia’s older phone, the Nokia 3310 is notorious for appearing in memes that talk about how indestructible it is. Now, Nokia enters the rugged smartphone category with a similar phone to the 3310. Enter the Nokia 800 Tough. Even the name of the phone sounds like it’s built to last.

Unlike most smartphones, though, the Nokia 800 Tough has a small screen. It has keypads that may feel nostalgic and cumbersome to use at the same time. The phone doesn’t also have a touchscreen, and you’ll use the keypad for navigation. What the phone lacks in features, though, it makes up for its durability.

Some users often test out the Nokia 800 Tough by throwing it at a wall and see if there’s any damage. Although some jokingly said that the wall got damaged instead, the phone still works with no damage at all. Battery life is also fantastic as it’ll last for days on end, even with continued use.