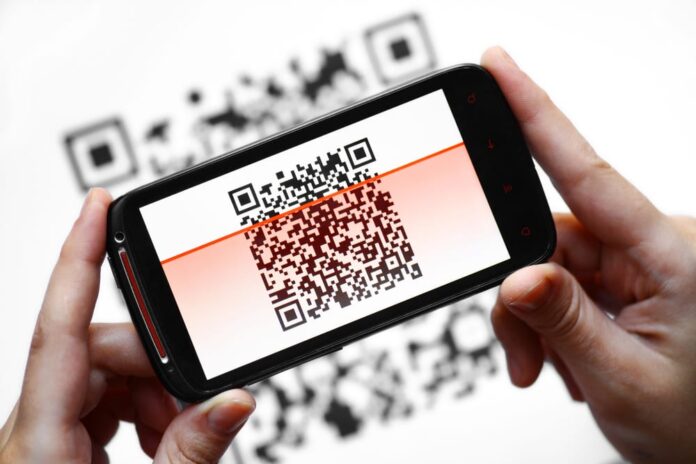 A QR code is a type of code that contains information such as website links, payment or even basic information of a product or service. When this code is scanned, it allows a user to perform the next set of actions- such as browsing a website or making a payment.

In India, the increasing penetration of smartphones and ubiquitous internet connectivity has led to the increased adoption of QR codes for digital payments. As a result of this, three different types of QR Codes have emerged – Bharat QR, UPI QR and Proprietary QR (closed loop, non-interoperable).

There are two types of QR code – static and dynamic. Static QR code refers to a code which does not change and is stuck on a piece of paper. It contains information about the payee and the consumer must enter the amount after scanning. A kirana shop or a restaurant where you pay for a product is an example of a static QR code.

A dynamic QR code is a type of code which is generated by software and can include additional fields.

What is a compatible QR code?

As the name suggests, compatible QR code means a code that can work on different platforms. For example, a QR code generated on the Paytm app should be able to work on Gpay or PhonePe.

READ  Video Marketing: How to Boost SEO Ranking of Your Business With Video Content

Why is there a need for compatible QR code?

To ensure the growth of the payments ecosystem, it is important to provide a consistent experience for merchants as well as consumers.

Given that QR codes are in an early stage of deployment, now is the best time to remove any future issues. These issues could be related to lack of interoperability/compatibility. For example, if a customer wants to use a phone to pay at 10 different retailers, in a closed loop system, there would be a need to use 10 separate apps.

Proprietary, closed loop QR codes are a hindrance to an open, interoperable payments ecosystem, noted an RBI Working Committee report. Considering the scale of the country, multiple interoperable QR codes should thrive in the future.

What are the advantages of using compatible QR code?

The sticker-like QR code is very cost effective and does not need any maintenance. In due course, the QR codes will migrate to the dynamic version (generated from a software with the amount embedded). The player’s software can handle multiple interoperable QR codes.

Also, using a compatible QR code will help in standardization of apps from banks and non-banks, which will help in delivering a consistent and seamless experience for customers. QR enabled apps can explore additional features such as recurring payments. Another advantage of using compatible QR code is in using it as a valid tool for faster merchant on-boarding. It can also be extended to Bharat QR to enable faster and simpler on-boarding of micro merchants, using their existing bank account.

Does this mean closed loop QR codes will be phased out?

Yes. RBI has stated that there should be a clear plan to phase out proprietary, closed loop QR codes in favour of open, interoperable standards.

RBI is encouraging multiple interoperable QR codes like Bharat QR and UPI QR to enable faster on-boarding of all types of merchants for digital payments.

5 Steps To Help Your Business Through Secure Financing

The Best Times to Get a Business Loan

How to Find the SEO company in Gold Coast Australia- a...

8 Qualities of a good financial advisor